“They’ve been there. They’ve come through it. Who better to stand alongside?”

Sean got in touch with us out of the blue in 2018. He’d never met us, but he liked what we do – and he wanted to run the London marathon for us. Sean then went on to raise over £2,500 for Bluebell. Here, he shares his very personal motivations for fundraising for us. 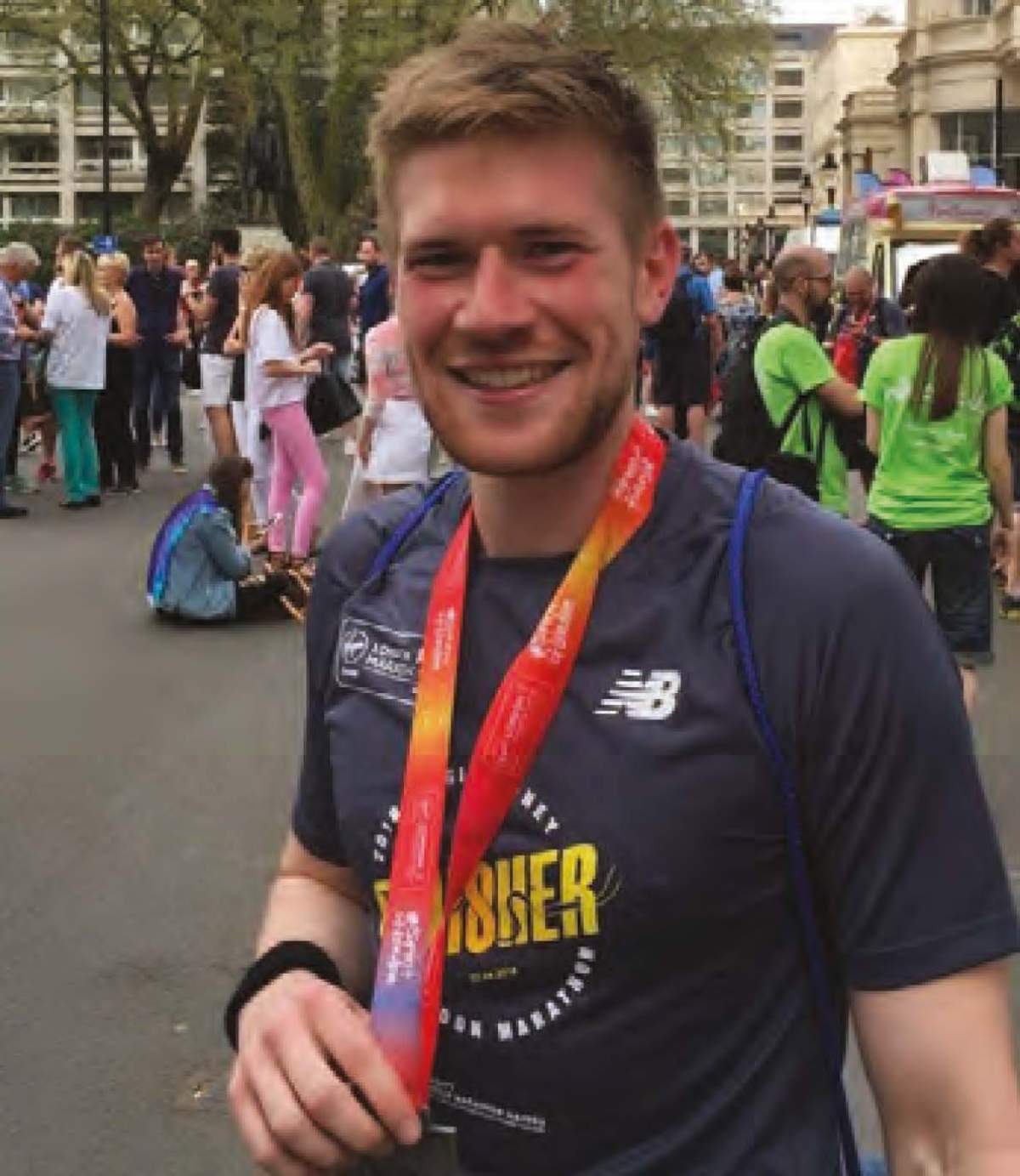 “Until 2018, I’d never run any distance in my life. Running just wasn’t for me. But in 2017 I watched a good friend run the London Marathon in memory of his father and I thought, ‘If he can do it, surely I can too.’ I applied to the ballot, forgot about it, and a few months later got an email congratulating me on getting a place. That’s when it hit me – I was doing this!

I wasn’t an athlete by a long stretch. I was five stone heavier then and the prospect of running a marathon was daunting. But I told myself, ‘If I’m going to do it, I’ll do it properly.’ I’d originally signed up to run for a cancer charity, but the more I thought about it, the more I wanted to run for a cause that was pertinent to me.

Perinatal mental illness has affected me and my family all our lives. I started researching organisations working in this area, and when I found Bluebell, I knew it was the charity I wanted to run for.

The fact that the Bluebell team have their own experiences of perinatal mental illness really stood out for me. I thought, ‘They’ve been there. They’ve come through it. Who better to stand alongside?’  I set up a fundraising page with a modest target of £250, but my total very quickly went some way beyond that. I think everyone knew how much it meant to me.

Mum’s perinatal mental illness meant that she was taken out of my life when I was two years old. She moved into a care home, and we would visit her once a week. Growing up, there was a massive cloud over my head, but I didn’t really understand what it was or why it was there. There was a lot of love in our family but there was also a lot of emotion, a lot of frustration, a lot of helplessness.

When I was 16, everything started to spiral out of control. I now know that I had chronic social anxiety and depression. I was leading a really destructive life, working incredibly hard all week and drinking from Friday evening to Sunday morning.

Running the marathon in 2018 was a real turning point in my life. It gave me something good to focus on. I had to get up on Saturday mornings and run 25km, which you don’t want to do with a hangover. Not only that, the ‘Beast from the East’ meant I was running in sub-zero temperatures.

On those mornings, what got me up and out the door was a fire in me from Mum and Dad, and knowing that the cause I was running for was incredibly important. It definitely kept me going over the last six miles of the marathon. It was really, really tough. But I’m so glad I got the fitness bug because what exercise can do for your head is just mind-blowing. My Dad’s really proud of me for finding a passion and then – excuse the pun – running with it.

The last few years have been a real journey of self-discovery. Therapy helped me get to the crux of what happened to me, and why. I’ve got a purpose now: I feel duty bound to help others. It’s early days, but I’m exploring building a business that will support people to make positive changes in their lives by going on their own journeys of self-discovery.

There’s a huge knowledge gap around perinatal mental illness that still needs to be bridged. It’s still relatively unknown, but it affects so many people out there. The way Bluebell provides a safe place for families to come together and support each other is phenomenal. When it comes to mental health, surrounding yourself with people who can empathise with what you're going through is so important. Because they’ve been through it themselves, the Bluebell team can give parents hope that with the right support, a full recovery is possible. That’s why their work is so vital.”

Sean’s Mum Gill sadly died in 2019. Instead of flowers, Sean and his family asked for donations to Bluebell, raising over £2000 for our work. We are so grateful for their support.