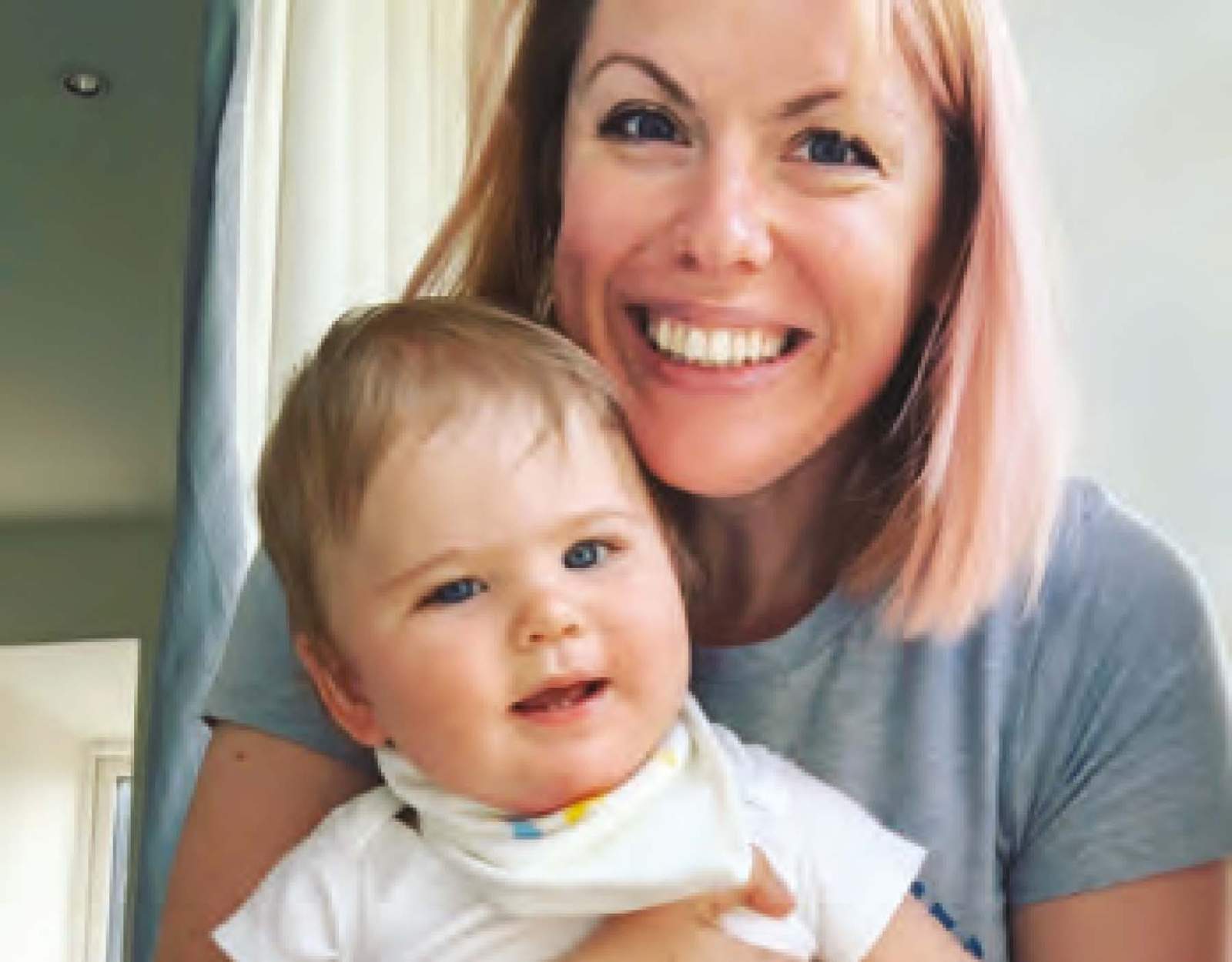 Anne comes from a large family – she’s one of seven – so she had always assumed starting her own would be straightforward. But it wasn’t. She spent three years trying to get pregnant, having two miscarriages and going through four intense rounds of IVF treatment before finally giving birth to her baby boy, Rupert. Trying to get pregnant had left Anne anxious and isolated – and now she had a tiny baby to care for. When her anxiety became so severe that she stopped sleeping, Anne reached out for help and found Bluebell. She tells us more below.

“When I’d thought about being a Mum, I had always pictured myself sitting in a café with my friends and our babies, having a lovely time. In reality, I was so tired that I wouldn’t see anyone. I felt 100% broken.

‘Sleep when the baby sleeps’ is the worst thing anyone has ever said to me. It was all I could think of. I was putting so much pressure on myself and every time I started to drift off, I had a rush of adrenalin. It was torture.

I was obsessed with getting better and being a ‘normal Mum’. I tried everything. At one point, I was seeing my IVF counsellor, using the NHS’s Talking Therapies, seeing an EMDR [Eye Movement Desensitisation Reprogramming] therapist twice a week and having weekly hypnotherapy.

When my sister told me about Bluebell, I wasn’t keen because I scared of being labelled with post-natal depression. I was convinced that I couldn’t be depressed because I loved my baby. But when I looked at Bluebell’s website, it mentioned anxiety too, and I could definitely relate to that.

At first I saw Bluebell as just another form of help - I didn’t know Bluebell was going to be the help. They got in touch and told me my buddy would be Holly (and I couldn’t believe I was the first person to sing to her about Buddy Holly!)

I hadn’t realised that these people who had been trained to help me had also gone through the same thing as me. When I met Holly, we got on instantly – and she got me 100%. She made me feel normal. I’d think, ‘Look at you! There is a way out. You’re fine. I want to be fine.’

Holly told me that post-natal depression and anxiety are linked and that I shouldn’t be afraid to call what I had depression. She explained everything in normal language, in a non-medical way – in a human way.

At one of our first meetings, Holly drew what looked like a heart rate chart, with waves going up and down. She pointed to where I was then – up high – and explained that I wasn’t going to get better overnight. I wouldn’t be able to flick a switch and feel fine. She drew the waves getting smaller, stopping completely and then starting again. She was showing me that I was going to have waves, and she’d be there for me during those waves.

The perinatal mental health team and my GP advised me to go on sertraline [an antidepressant], but I didn’t want to at all. I didn’t believe that I was depressed, and I thought antidepressants were an easy way out. But I finally agreed to a low dose. If this drug was going to help me be a normal mum, then I’d take it.

I’ll always remember the day I told Holly I was going on antidepressants. She took my hand and said, ‘Well done Anne. This proves that you’re a very good mum because you’re putting your heath first. You should be really proud of yourself.” I cried my eyes out at that. Holly helped me see that I was doing the right thing. I was on sertraline for six months and it helped a lot – it calmed my anxiety, though I still have those waves.

I wouldn’t say I’m 100% ok at the moment. Getting better is an ongoing process. But I’ve got all the tools that I know I need, and, thanks to Holly, I know now that I’m ‘normal’. I know that what I’m feeling right now is what millions of mothers out there are feeling.

Now I just want to help other people like Bluebell has helped me. If by telling my story I can help one person, that’s brilliant. My advice to other parents would be to reach out. It’s a lonely road if you do it on your own, but you don’t need to do it on your own.”

One-to-one support at home and in the community. “Without Dads in Mind, I think I’d still be alive, but I wouldn’t guarantee it.” 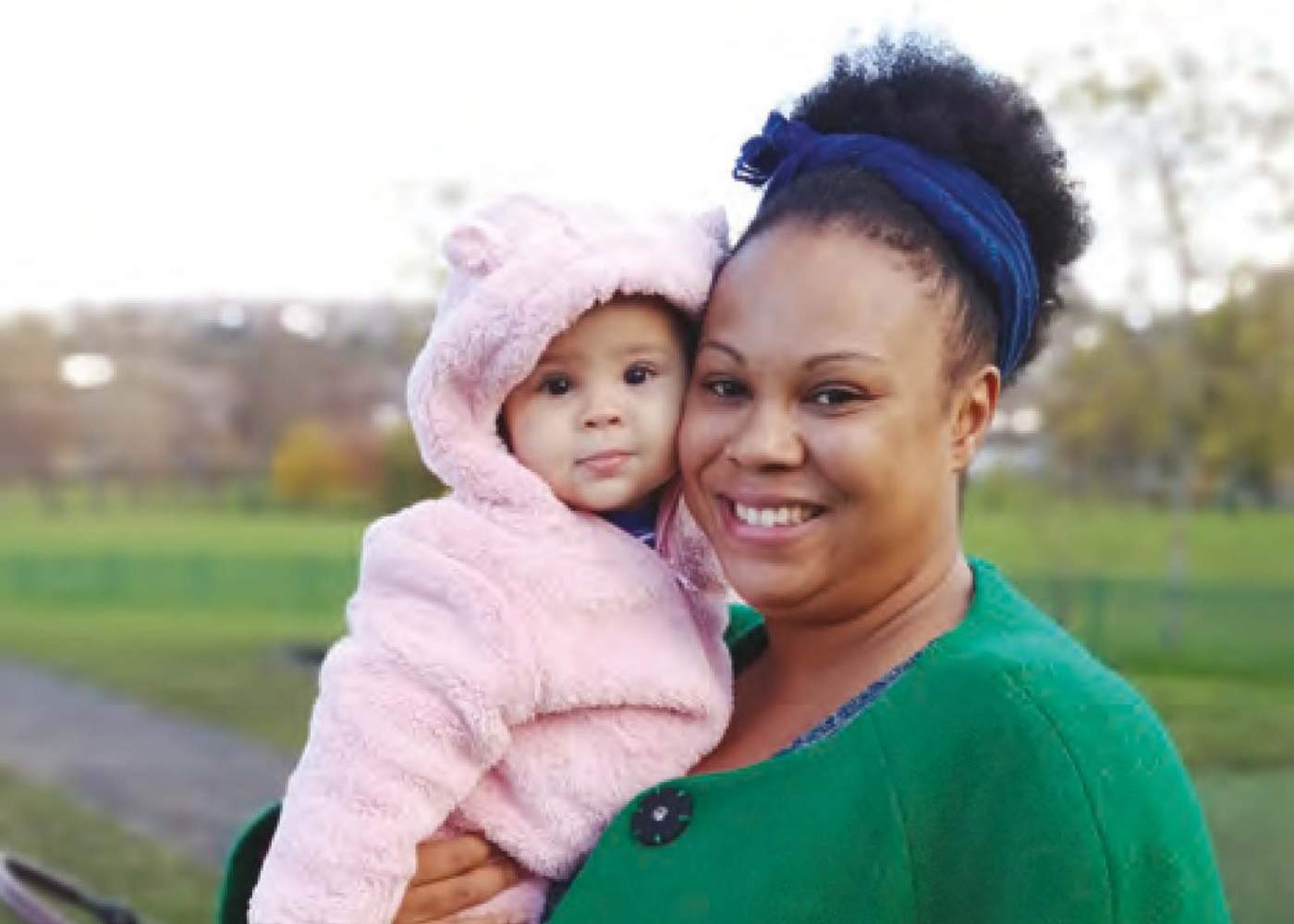